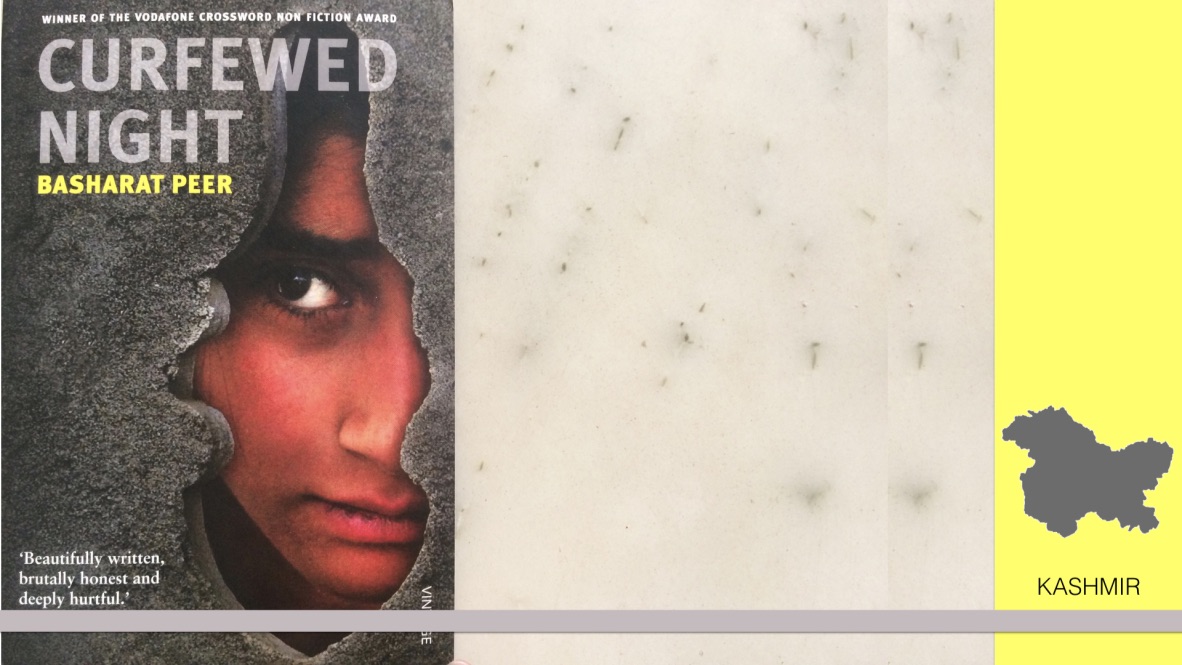 In the laziness of an afternoon after a heavy lunch, I turn the last leaf of the book that shaped my final few days of 2016, now with hope of reshaping 2017 to be meaningful. Amidst a daze in thought, the book physically lies in front of me, questioning, “What is freedom and is one born with it or does one claim it?”

Kashmir always projects this scenic picturesque background, mountains fashioning a snow caps, beautiful people with colourful dresses and the crystal blue lakes. Irony is headlines about conflicts arises almost every other month in the newspapers of the world. It left me asking, what have we, as humans done to this beautiful landscape and clearly pin points our inability to walk back, tracing our footprints and wiping them off.

It shook me completely when I had to imagine waking up to find out that my home is being taken over by people who are united by a cause, only to add misery for no fault of mine. Imagine having to go through security checks every time I have to go visit family and friends. See my loved ones being tortured in the name of safety. Witness good people engulfed in a smoke of debris and fire. That has exactly what has happened to the author whose one working was turned upside down.

Aazadi(freedom) is what they have been wanting from their own brothers (if you go back in history, it was all one nation). The kind of distraught the mind would have had to go through to find your neighbours attack the army, ultimately forcing you to run and seek shelter, is just terrible. Every crackdown, raid, attack, ambush have become normal words like brushing, playing, school in the world of a Kashmiri. When role models and icons are militants and AK-47s then we are going to have a generation that thinks that AK-47s are needed for daily life. The next generation Kashmiris will think this way. Lines of a poem featured in the book vividly points out the current state.

The doctor who treated a sixteen year old boy

‘Why didn’t the future tellers predict,

The line in his palms wold be cut by a knife?’

I always felt and feel that every militant, army commander and commoner have their side of the story and their side is always right. In such a case, assuming what we do is right, is 100% wrong. Innocent people have been sent to prison and torture camps like Papa 2 and turned out to become impotents because of electric shocks. Where is the right in this?

History teaches us values, our culture and promotes our tradition, but in Kashmir historical sites are now bunkers and camps for military and paramilitary troops. What work ethic are we placing on our value system?

The author’s journey right from his teenage to present in and outside Kashmir has been brutally honest in the book. Simple approach to the language and the content pierces right to the heart and is clear to understand the emotion. The “Kashmiri” has done a wonderful job by narrating his story of meeting people affected by the conflict, people who have lost their loved ones, visiting places transformed and destroyed and the landscape that is now bordered with barbed wires.

That failure of the subconscious was the border. The line of control did not run 576 kilometres of militarised mountains. It ran through our souls, our hearts, and our minds. It ran through everything a Kashmiri, an Indian, and a Pakistani said, wrote and did.

While reading this book, a MAK Tip occurred

For every new bringing, a change is needed. To bring change, we need revolutions. The real revolution begins with an open mind and a book in the hand. Never has a revolution fuelled by agony, unrest and revolt, has been successful. Revolutionise the thought, the action changes as well.

This is where we as humans make the mistake. The inability to link knowledge with intellect is because of lack of exposure to the right kind of books. If one leads this kind of revolution upfront, he/she is bound of a train heading towards fame and success.

Next time when you walk down the road, if you don’t have any military personnel run you down and do a body check, throw you around, shouting at you, or have a militant through in hand grenades or plant mines on you, count your stars.