Punjab – Punjab: A History From Aurangzeb to Mountbatten 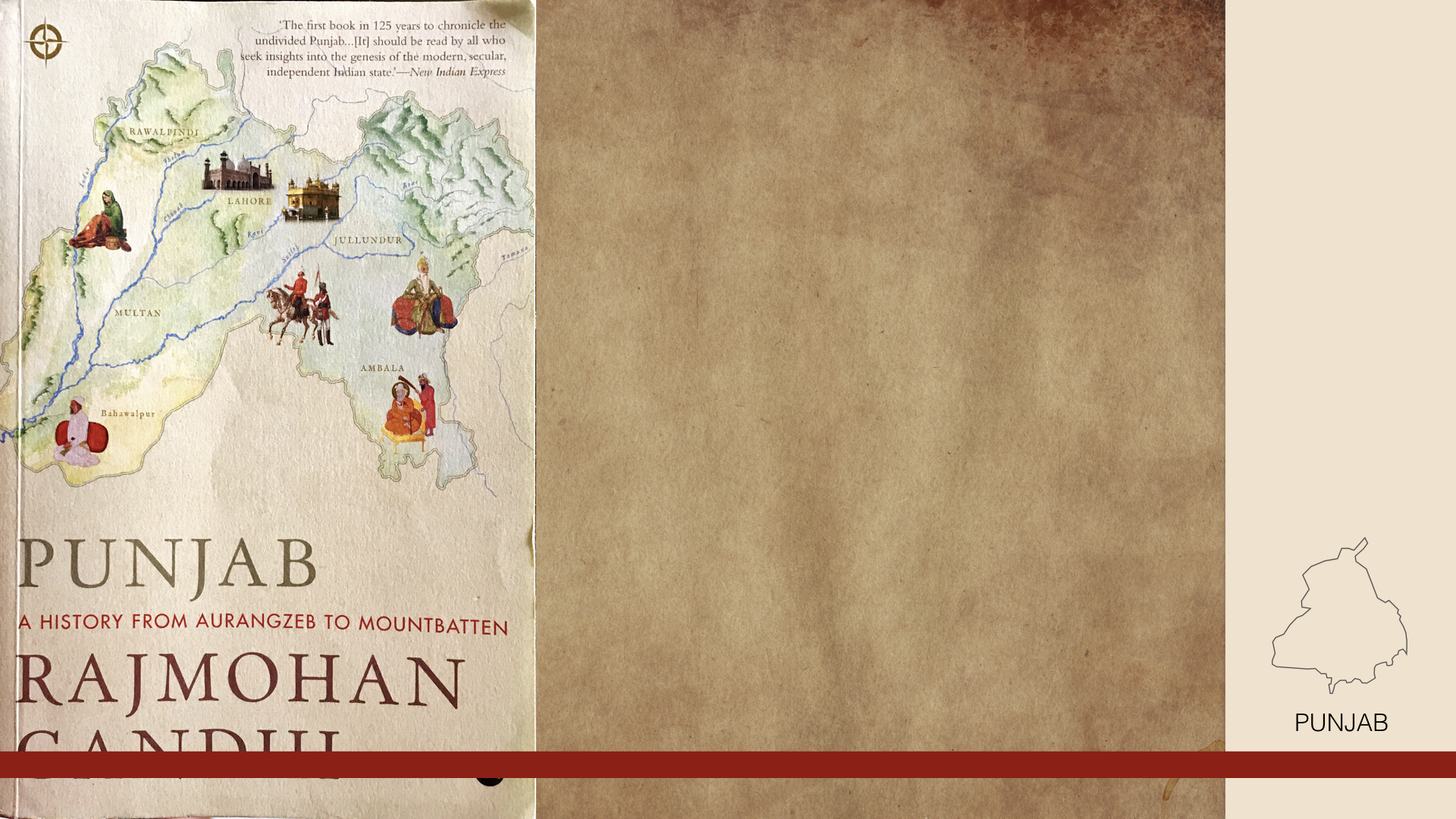 Punjab, derived from the Persian word for five rivers, was a land of a contest; rulers scurrying for power and plundering the lands for wealth. However, admits the restiveness, the inhabitants proved to the world by standing strong through the test of time. The pride and boldness of a Punjabi are unparalleled when compared to others. These people have refined the character of the land.

For anyone raised in the South, any phonetics related to ‘Punjabi’ immediately instil a vivid picture – either an army captain single-handedly guarding the border or a hefty farmer who has a sword in his hand, rather than a plough – in the mind. The guardianship is in their genes because, during its inception, the Sikh religion allowed a militant rite for anyone to join the religion.

Yet this bold, open-minded, and affectionate people had to go through a tortuous and torturous ordeal.

Veined by 5 rivers, Punjab(including both Pakistan’s Punjab and India’s Punjab) housed of Muslims(Urdu speaking folks), Sikhs(Punjabi speaking locals), and the Hindus(Predominantly Hindi speaking). During the early times, this very land had no Hindu Muslim divide for generations.

In this halcyon state, agriculture flourished, trade exponentially spread across the world, and cities grew. Added to this, Punjab also marked the centre seat for a prominent trade route: people were wealthy.

Just like the people it housed, the land was also welcoming and helped its inhabitants flourish. Like the Taoism philosophy, the opulence of the land became the target board for people who eyed on power and wealth: the British, Afghans, Marathas, Alexander and his troop, Persians, Macedonians, Chinese and the Arabs tried and succeeded for stipulated periods of time. The lure was irresistible.

“John Malcolm: Every atrocity that the most wanton barbarity could commit, every cruelty that an unappeased appetite for revenge could suggest, was inflicted upon the miserable inhabitants.”

The face of Punjab shifted; civil unrest plummeted safety and peace, and along with the plunderers the restive self-created factions(locals) added fuel to the fire. Worried about their position of authority, the superpowers that used Punjab as a trump card started toying with the emotion of the locals, and turned it against them.

Unable to perceive the chicanery of the rulers, the locals wanted their fair share of rule, and their rise to power was fuelled by religion. Allies turning against one another became the staple of the story.

A french scholar of Punjab, Jean Marie Lafont, offers the opinion that the multicultural diversity of the 14-15 million inhabitants of the Punjab was a drawback. While nothing like a major Muslim revolt was mounted in faith Singh’s Punjab, religious rebellions took place in Pashtun region. But British cunning proved superior

All the wonders that were built during the inception of the land lay in ruins because of the clash. What was once considered as the pride of the land began to crumble like dust. With the advent of a stable government, the East India Company assumed it created, the land was fomented with clashes over succession, killings and revenge killings.

The history that never ends

There was, of course, the revolt of 1857 that finally unified the people against one enemy, rather than being played upon. The astute empire, however, made sure the Muslims, Sikhs and Hindus focused on religious identity and divided from each other. They saw it as a means to mitigate the growing nationalist movement. The Singh Sabhas were as successful as the Muslim Anjumans and the Hindu Arya Samaj branches. This cat and mouse game kept peace far from the picture.

The vanguard of the non-violent fight for freedom had to finally take a yellow pad and draw a pro and con list. A decision had to be made. Pakistan and India were demarcated and the rest is history which is still continuing. The Sikhs, however, foresaw the further damage a separation can create and withdrew from their steadfast resolve of having a separate nation as well.

Punjab has a characteristic of its own. Every land has one. In order to solicit an understanding, one must travel backwards to pave the way forwards.

Not knowing what happened before the partition is like erecting a granite wall. The book did just that. It gave a complete understanding of how the land, its inhabitants, crossed the years, which the History books in school never told.