My 8 hour walk the walk – And the message at the end.

How often do I test myself in breaking mental barriers? How often should one do?

Fresh into the work environment, I was charged up and ready to give whatever my skills could. I never shied away from trying new ways of learning. On one hand it was books, the internet, and magazines. On the other, learning from my colleagues and bosses proved to be as good as the former. People are a great source of knowledge to learn how to have proper conduct. Of all the lessons I learnt from successful people, the silver lining of their story was around how they broke their mental barriers.

I walked for 38 km. With five rest-stops that spanned between 6-7 minutes, it took me 8 hours. I had to break my mental barrier somehow.

Why would I do it?

This crazy idea of a long walk was in an enumerated to-do list I made on the eve of 2016 new year. Once I made a list, I shared the list with some friends. They shunned this craziness as one of the new year resolutions that will not be completed. I too proved them right for a very long time.

During the two and a half years that it has taken me, I had many weekends that could have been used for the walk. But I stayed home. I had long holidays in January, November, and December. But I gave excuses. I even had friends and family who were willing to bring the car, acting as a place where I can rest and eat. I did not do the walk.

I am to start masters in the UK, and I felt that not doing the walk will be like a carry over to the next phase in my life – baggage I was unwilling to carry along. The thought became irksome. So finally on a quiet evening, it hit me. I decided to start walking the next morning.

I began setting personal records with every step.

All I knew was to reach the Coffee Day at Chengappali (NH 544). Water bottle, shades, a box of glucose, a headband, and music were accompanying me. No one else.

So the walk began at 7:15 AM and I started the stopwatch. By 7:45 AM I crossed the maximum distance I have walked in this small town. After that, every step I kept was setting a new personal record.

I got text messages from well-wishers, supporting me and telling me to continue and finish this walk. Walking alone is boring, but music kept me alive during the walk. The meandering roads till Perundurai were fun. Loads of things to notice and good spots for shade and rest. All that I could think of was to keep the right leg ahead of the left, and the left after the right. After Perundurai, I had to walk along the long and arid highway.

I wanted to give up

The highway felt like a desert. Not a single tree close and big enough to give shade along the route. My mantra of keeping short finish lines – a way I encouraged myself along the path – did not work. The temperature hit 37-degree Celsius. I could not talk to myself and music was not longer entertaining. And the worst thing I realised was that all along I have been on an upward slope.

The pain from the calf was now prominently up on my knees. I badly wanted to give up. I moved the thought away and continued the walk. A few steps later the same idea of giving up came back again.

When I could see the Coffee Day

The pain was sharp, and my breaks became frequent. The wind was torrid. My face was bone-dry with several layers of dirt and salt on my face.

Finally, I could see, at a distance, the board that says Cafe Coffee Day.

Woah, after 8 hours and 5 minutes, the ice tea felt surreal even after taking the first sip. I DID IT. I WALKED THE DISTANCE. I BROKE THE MENTAL BARRIER I HAD. I could not shout out loud, by my friend could see the excitement in my eyes.

After the walk, I began to muse on how many levels of walls are we building within us? Over time we do forget about it, and upon the dawn of realisation, time would have passed. What I did is humanly possible. But even then, this is the first level, and there would be many more levels to cross. 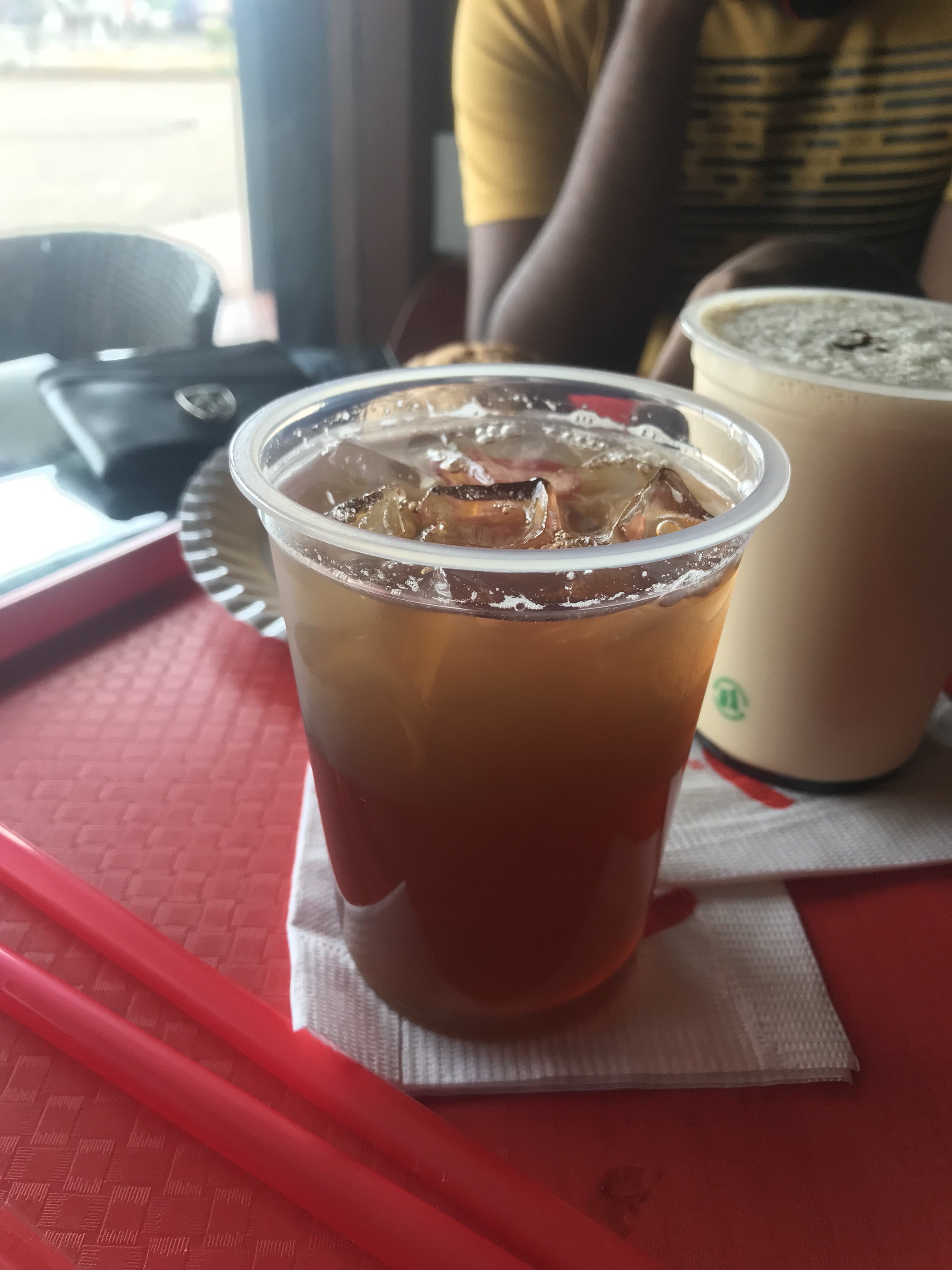 To be honest, had I known all the details that I said, in the beginning, I wouldn’t have walked it. Sometimes it is nice not to know, and just to start doing it. Break the barriers. Just like that.